Have you ever heard of a proton pump inhibitor?  No, it is not from Star Trek!!!

Proton pump inhibitors are commonly prescribed medications that suppress acid in the stomach.  Many people know this as heartburn or reflux.  Taking these medications appears to be associated with fractures in postmenopausal women and bacterial infections in many patients.

113.4 million prescriptions for proton pump inhibitors are filled each year, making this class of drugs, at $13.9 billion in sales, the third highest seller in the United States.  $13.9 BILLION!!!! for hearburn medications!  We are all in the wrong line of work.

These medications are used to treat inflammation of the esophagus, reflux, ulcers and several other conditions, but evidence suggests that 53-69% of proton pump inhibitor prescriptions are for inappropriate indications.

Postmenopausal women, aged 50-79, were followed over eight years with findings of increased risk of spine, forearm and wrist fractures.  There was also a huge increase, 74%, of contracting a nasty infection from Clostridium difficile.  According to the Mayo clinic, there has been a huge increase in C-diff cases in the last few years.

Any co-incidence, given how much of these meds people are taking now?

There used to be a commercial on TV for a heartburn medication in which a group of guys were sitting around a campfire.  Each one was telling the other what they could eat and as long as they took the medication there would be no heartburn.  One gentleman stated that he used to pour the chili right into the tortilla chip bag and as long as he took the super drug he would be fine.

Trust me when I tell you this, if you are poring chili right into the bag and eating it, the last thing you need to worry about is the side effects of heartburn meds!

Back in October I wrote an article about doctors getting paid to market drugs…you can read the article here. 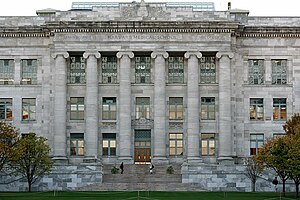 In this article I talk about Eli Lilly releasing data on how much money they pay Doctors to talk about their drugs.  I applauded them for it, and continue to do so.

It appears that Harvard Medical School (HMS) is sensitive to this issue as well.  Could they possibly be reading this blog…OK c’mon I can dream can’t I??

HMS recently passed rules that will prohibit its 11,000 faculty from giving promotional talks for drug and medical device makers and accepting personal gifts, travel, or meals, under a new policy intended partly to guard against companies’ use of Harvard’s prestige to market their products.

Now that is cool, they don’t want to be using their great name to promote stuff, however, the article got even better.

The new rules will begin at the start of 2011 and will go a long way to keeping doctors from being looked at as marketers.  Dr. Robert Mayer who is on the committee that wrote the policy stated, “We’re anxious to be viewed publicly as doing what’s in the best interest of our patients.’’

I cannot tell you how happy that statement makes me.

Harvard is allowing the doctors to continue working with companies in research type setting which is vitally important to furthering medical discoveries.  What Harvard is no longer allowing is having the doctors work as paid speakers  and they have capped the amount of money they can be paid to $10,000 for clinical trial work.

Again I would like to say congrats to Harvard Medical School for increasing the transparency between doctor and the drug companies.

If you would like to read the article in the Globe you can see it here. 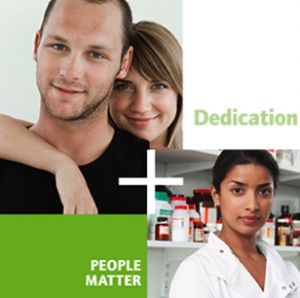 A while back I wrote a post on a drug company, Eli Lilly, using ghost writers to write favorable articles and having doctor’s sign their names to them as if they had written them.  You can read that here.  At best it is a murky situation.

Recently, Eli Lilly was back in the news here in Boston, when the Boston Globe reported that at least 60 area doctors received more than a half million dollars in speakers fees.

A very common practice in the drug industry is to hire physicians as speakers , provide them with the literature on the drug they are marketing, and turn them loose speaking on behalf of the company that hired them.

Imagine the difference in credibility between a drug salesman and a renowned doctor.  When that doctor, whom may be at the top of their field, speaks people will listen.  The drug companies know this and have very smartly used the doctor’s credibility to help them push drugs through these talks.  The question I have is this:  Hasn’t that doctor become nothing more that a glorified drug salesman?  Is their credibility now under fire?  I think it has to be and I am not alone in those thoughts.

Mass General researcher, Eric Campbell found out that 16% of all US doctors and 25% of hospital department heads belong to one speaking bureau or another.  Mr Campbell is quoted as saying, “Academics who want to be drug salesmen should go be drug salesman. But don’t do it under the shroud of academia.’’

Everyone from politicians to other physicians are voicing concern that these company paid doctors cannot give unbiased information, whether that may be downplaying the side effects of a drug or not talking about the generic equivalent which would cost less.

What do these doctor’s whom are paid this money say?  They claim they vet all information and would only present material that they believe in, even if the company is the one providing the material.  They also claim these talks are great ways to educate other doctors about new drugs.  Although one doctor did admit he was doing the talks in order to cover his children’s college tuition.

The public is starting to wake up to this and put pressure on these companies to disclose their financial relationship with doctors.  To their credit Eli Lilly released a list of all their paid speakers.  Good for them, it is nice to see that the much asked for transparency is starting to become reality.

Because of this debate and other problems – pharmaceutical firms have paid millions in fines for illegally marketing medications – companies are under political pressure to disclose their financial relationships with doctors. Lilly is one of the first companies to publicly release a list of paid consultants and speakers.

In January the FDA reported they were fining Eli Lilly 1.4 billion dollars for illegally marketing a drug.  That is a lot of money until you realize that Eli Lilly did 20.38 billion in sales in 2008.

Now let me ask you this, if I told you I would let you market a drug to 4.7 billion in sales, but if you get caught you would have to pay a fine of 1.4 billion would you take that deal?  Darn right you would.

Paying doctors to market drugs needs a complete overhaul.  We need to be demanding complete transparency.  Good for Eli Lilly to be the first one to do it, let’s hope it keeps going.

The practice of hiring someone to write an article and you put your name on it as if you wrote it is called ghost writing.

Recently the large drug company Eli Lilly (EL), inventor of Prozac amongst other things, has come under fire for using ghost writers to market a drug.   According to unsealed company files they hired scientists to write these articles for publication and then asked doctors to put their name on them, passing them off as their own.

Sleazy, maybe a little….unethical, I don’t know, it is a tough one.

EL is getting accused of hiring scientists to write favorable articles.  If that bears out to be true, then yes that is extremely unethical.  Now if they hired non biased scientists and asked them to write articles on the up and up then the situation gets a little murkier.

Here in Boston we have had a bunch of journalists get fired over not citing sources when reporting something.  They passed the info off as theirs when it clearly wasn’t.  It is called plagiarism.  Now we appear to have the same thing going on with drug marketing.

As a total aside, is anyone else horrified at how much of this marketing goes on?  Aren’t our doctors supposed to be the experts at this?  Could you imagine being an MD and having people show-up with ads from some magazine that promises them better…….  and they have to explain to them why this drug may or may not be good for them.  Way to bog the system down.

What is the solution?  Transparency in all medical marketing and advertising.  If a ghost writer wrote an article, don’t let a Doctor pass off that he or she wrote the article.  Why not have it stated clearly that Doctor X reviewed the article but didn’t write it.

This of course brings up one other question.  If Doctor X endorses an article for a drug that turns out to harm people should Dr. X be held liable?

For that I vote yes.