There is an interesting article in the Boston Globe this morning about a young woman who was on life support after a heart attack.  The family made the decision to remove the breathing tube, however a few hours later, before she passed away, they asked the doctors to hook it back up. 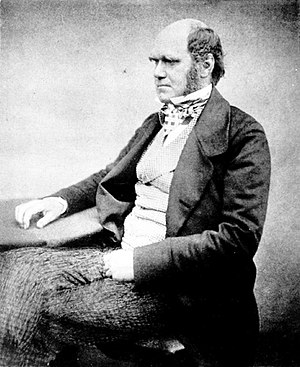 Here’s where it gets interesting…they wanted to keep the woman alive so they could harvest her eggs.

Where it get’s even more interesting is the woman had never shown any inclination to have children.

What should the doctors do?  In this case, the doctors were able to talk the family out of it.  The doctors felt that the procedure would hasten her imminent death and since she never expressed any desire for children, they felt it was not what she wanted.

What if the opposite were true?  What if this woman planned on having kids in a couple of years?  Should we be harvesting eggs of an about to be deceased person if they expressed desire to have children before their life was cut short?

Natural selection talks about the environment not being able to support unlimited reproduction therefore not all individuals get to reproduce to their full potential.  Are we messing with natural selection here?

This is a very slippery slope that we are on right now.  Technology is able to do things that we couldn’t have dreamed of even 10 years ago.

What do you think?  Me, I am for the laws of nature.  I think we need to be real careful about how far we want to take technology when it comes to mother nature.

If you would like to read the Globe article you can get it here.

The practice of hiring someone to write an article and you put your name on it as if you wrote it is called ghost writing.

Recently the large drug company Eli Lilly (EL), inventor of Prozac amongst other things, has come under fire for using ghost writers to market a drug.   According to unsealed company files they hired scientists to write these articles for publication and then asked doctors to put their name on them, passing them off as their own.

Sleazy, maybe a little….unethical, I don’t know, it is a tough one.

EL is getting accused of hiring scientists to write favorable articles.  If that bears out to be true, then yes that is extremely unethical.  Now if they hired non biased scientists and asked them to write articles on the up and up then the situation gets a little murkier.

Here in Boston we have had a bunch of journalists get fired over not citing sources when reporting something.  They passed the info off as theirs when it clearly wasn’t.  It is called plagiarism.  Now we appear to have the same thing going on with drug marketing.

As a total aside, is anyone else horrified at how much of this marketing goes on?  Aren’t our doctors supposed to be the experts at this?  Could you imagine being an MD and having people show-up with ads from some magazine that promises them better…….  and they have to explain to them why this drug may or may not be good for them.  Way to bog the system down.

What is the solution?  Transparency in all medical marketing and advertising.  If a ghost writer wrote an article, don’t let a Doctor pass off that he or she wrote the article.  Why not have it stated clearly that Doctor X reviewed the article but didn’t write it.

This of course brings up one other question.  If Doctor X endorses an article for a drug that turns out to harm people should Dr. X be held liable?

For that I vote yes.