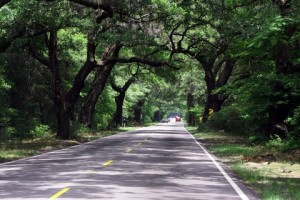 I was driving down route 62 in Concord recently when a car pulled out of Harrington (no relation) Ave to take a left. For any of you whom have ever attempted this, it is tough. You have to creep out, pray someone doesn’t take the front of your car off, and look left to see if anyone is coming. Once you have done that, you have to quickly look right and if you have space, go.

On this morning a car was stopped on 62 in the other lane waiting to take a left onto Harrington Ave. The car coming out of Harrington Ave did not creep out to look…it just went…while I was coming down 62. Thankfully this driver was 100% committed to getting on Rte 62 and kept on driving even as I was bearing down on her.

Now at this point I would like to say I pulled a move that my favorite NASCAR driver would have appreciated…umm No! The only thing that went through my mind was…don’t go to where her car is going, go to where it was. I proceed to slam on the brakes and steer at her rear quarter panel, praying that she keeps going…which she did. I then had to steer back towards the road in order to avoid the wall that I was going to hit.

Luckily the car I was driving had ABS and allowed me to steer in the skid. I was able to get the car righted and under control without hitting anything.

After the shock of this wears off, I started thinking…how much of that was skill versus luck? What if I had been 10-15 feet closer? Would we have survived? Would she have survived?

I spoke with Luka Serdar, a friend that teaches defensive driving and asked him his opinion. He stated, “When driving in a difficult situation, you always want to look and focus on where you want to go…do not focus on the object that you are trying to aviod. Your body will tend to follow your eyes and focusing on an escape route will lead you there more times than not.”

Luka also explained, “When traveling 30 mph your car is moving 45 feet/second. Where reaction times are well documented at 1.5 seconds, you always want to be looking far down the road so you can anticipate any danger.”

Last words about this…take care of your car and most importantly pay attention when on the road. If I had been distracted I am sure that this would have ended very poorly for one, if not all of us.

If you would like more information on defensive driving please go to streetsurvival.org